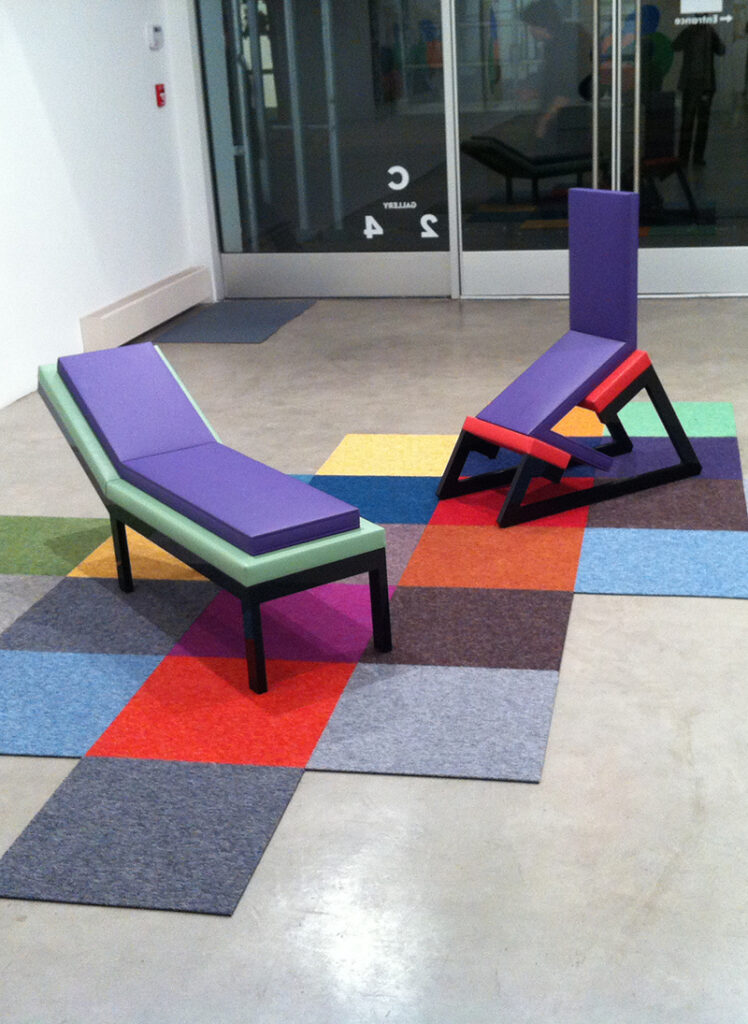 All Systems Go! brought together the work of five international artists conceptually strung together by grasping onto the means of production. Rather than forming links with content as the key motivator and form as an accessory, structure and shape took the forefront.

Each of the artists combined various components within the means of production to create a multifaceted series of installations, which were all harmoniously linked by their architectural, structural and graphic elements. The physically beautiful totality of the intertwined installation was matched by an equally adept and informed scholarship that is continually challenging the elusive edge of both contemporary art theory and practice as well as subtly engaging with political and social systems. They challenge systems by mimicking and interpreting them, in an attempt to open up a dialogue with the viewer. With strong design and spatial considerations, the work presented utilized modernist aesthetic ideologies as a jumping off point – a launch pad if you will. All systems go!

Wait, but where are we going? What new place or time will we inhabit?

Irish artist Brendan Earley takes us on a fantastical journey through space with a series of drawings. Earley’s work focuses on the social contexts in which architecture, art, and design interact. Translating his architectonic sculptures into delicate fields of color and scratched forms, these explorations appear to be lunar landings of modernist architecture. Vast fields with concrete structures and geodesic domes seem to spring up from the earth and confuse the landscape.

AA Rucci plays with a world that is supposed to be familiar to us yet, more often than not, remains distant and mysterious. With works such as NYPDUMBOSWAT, OnceUponATimeInAmerica, and Brooklyn Heights Elementary,  we know where the inspiration lies but the broken lines of realism and geometric abstraction confuse. Lines cut through the work covering and exposing each new layer of acidic color and elegantly rendered wood faux finishes. These large canvases mimic the city. Whether it is the streets we walk on or the walls that we lean on Rucci valorizes and examines the everyday, romanticizing place.

As Rucci’s marks divide the canvas, Tilo Schulz’s installation slices the room. Black ropes cut through the space creating wedges and sections that segment and physically break the gallery space. Stripes of brightly colored felt hang from these ropes as if they were ripped straight from the canvases of Rucci’s surrounding paintings. Schulz’ Tracking [my] your Desire is a place, a stage set, a play in which the audience becomes the player. The intersections and ruptures created by the ropes intermingle with the gallery’s architecture and the natural flow through the interior. The public becomes both the audience and the performer as they are led through, under and around these cross sections. Schulz’s work confronts and analyzes the transmittance and transformation of histories and perceptions of histories through the shifting of aesthetics. He is able to articulate the in-between space – the space that exists amid visual vocabulary and structural form. Generating political metaphors with uncomplicated materials he creates simple exhibition scenarios imbued with complex constructs. 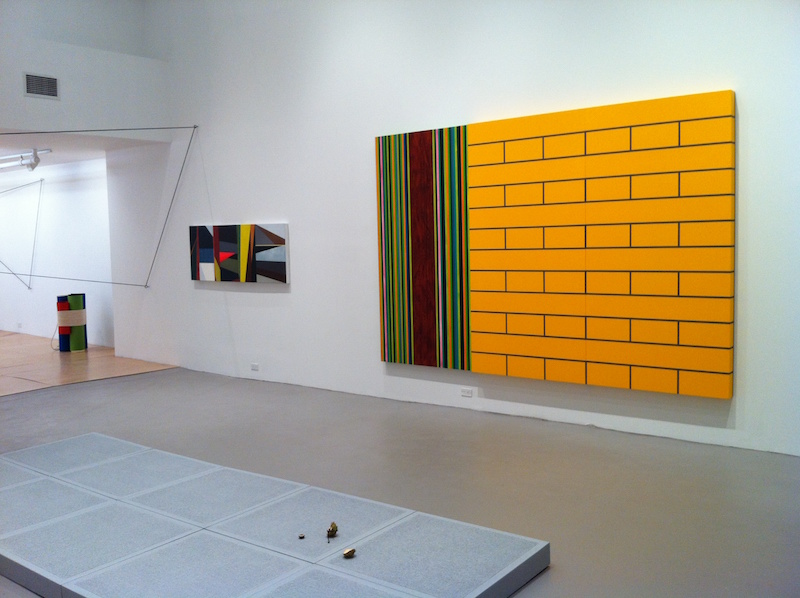 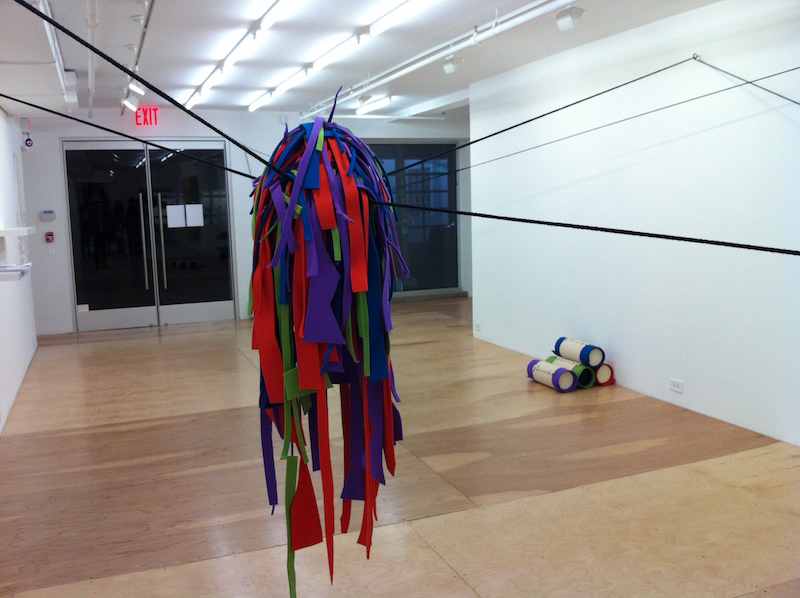 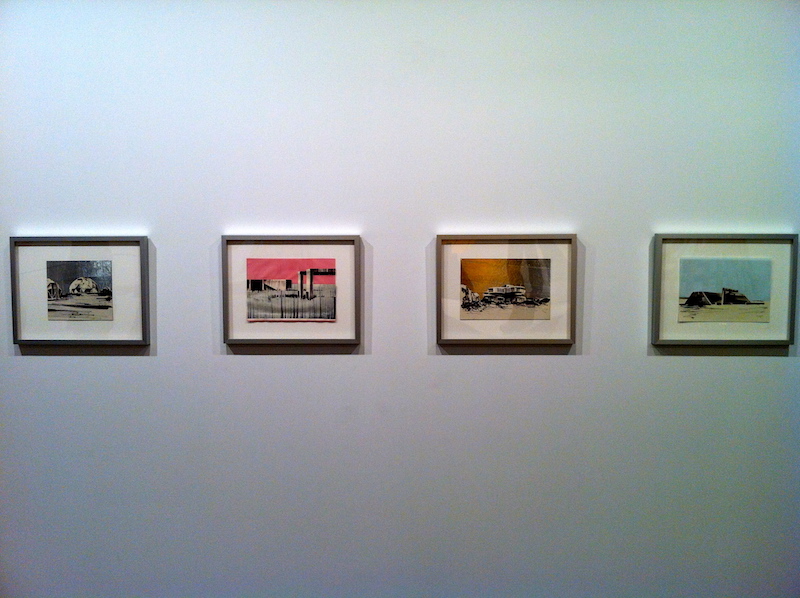 Also addressing diverse exhibition strategies, Daniel Borins and Jennifer Marman create environments in which to play and be played. Utilizing industrial-based material and modernist painting references they imitate popular design approaches to highly administrative and secure systems. In their most recent adage to their continued criticism of institutionalized capitalist structures is a body of work rooted in Joseph Albers’ pivotal text Interaction of Colour (1963) and more specifically a limited edition series of prints first released in 1972 under the title Formulation:Articulation.

Formulation Articulation Pixilation, as the series is titled, playfully expands on Albers’ title and theory adding the quintessential third element – Pixilation – a word that has now become ubiquitous in the digital age. By combining historical references to the role of modernism in painting, with critiques of modernism’s ideologies and commentary on contemporary society, Marman and Borins find new approaches to form and aesthetics. Their work take these ideas a step further and combine architectural space and design to produce an integrated aesthetic with the paintings in the exhibition. The works propose a situation where pop culture mimics the exalted status of high modernism and its claims to transcendence. Utilizing intensities of colour and formal composition, the paintings in the exhibition provide serious viewing experiences, yet their formal references come from the popular sources of low resolution digital images, the fragmentation inherent in corrupted digital data, and the colour space of electronic screens playing back video and video game visual stimuli.

Diego Toledo’s series of wooden maquettes and wall structures delve further into our physical relation to our surroundings, from architecture, design, and media. Superficially the works act as signifiers that lead one to the more profound signified; the problems we experience when traversing through these various sensual and physical phenomenological experiences. The public once again becomes the subject of the work, the performer if you will, as well as the audience engaged in these sculptural interventions.

So where have we gone or more importantly where do we still have to go? Through self-conscious and experimental traditions of modern art, design, and architecture all of these artists take us on a journey exploring the multifarious ideas, theories, and doctrines that surround us at every step. 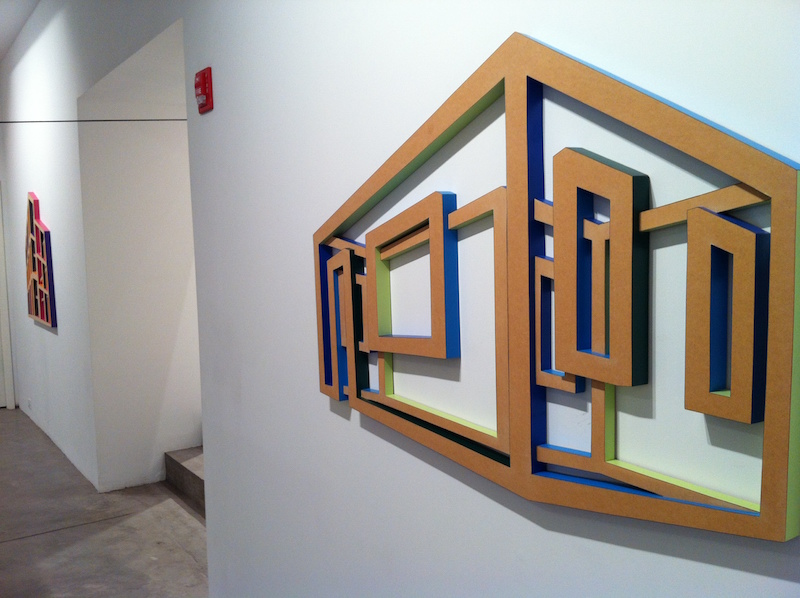 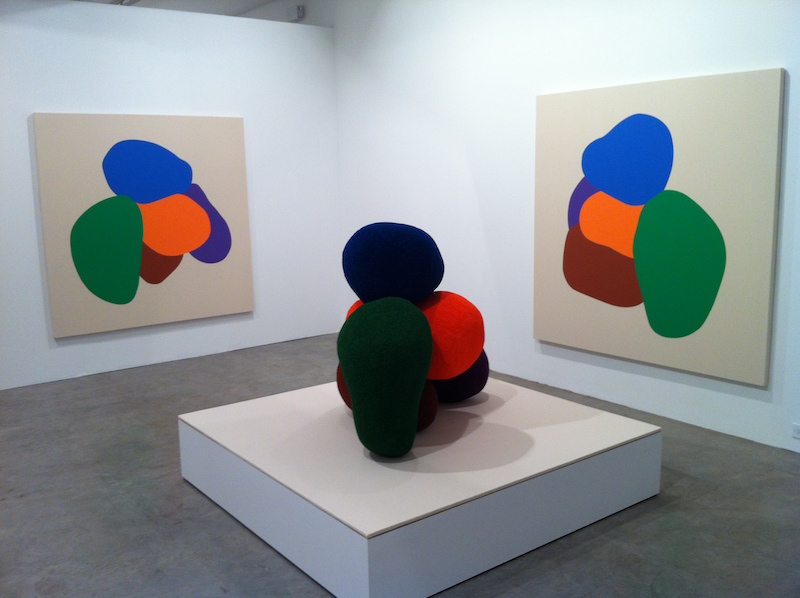